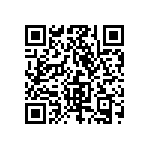 Neil Postman’s Approach to Religion and Media Determinism; a Critical Review
By: Amin Engarde
Abstract:
In media and religion field of study there are two opposite approaches: Instrumentalism and essentialism. Instrumentalists believe that media is an instrument for transferring message. In contrast, essentialists discuss about the technological determinism. The prominent American scholar, Neil Postman has tried to show the technological determinism and consequently, media determinism and thus to deny the possibility of religious media. To prove his claim, Postman refers us to godly nature of technology, entertaining nature of media and the its contradiction with religious teachings and finally, decline of epistemology via media. Postman’s discussion is about American audiences, American commercial TV and Christian teachings so that we can’t conclude general statements. However, he sometimes ties the technological determinism into TV and also, some scholars regardless to cultural characteristics of postman approach, try to generalize his statements. Although we must seriously consider his warnings, Islamic teachings reject any kind of determinism and entertainment is not necessarily in conflict with religion.

PC Games as a Hidden Media for Implementing US Political Objectives
By: Muhammad Reza Anvari
Abstract:
After September 11th and specifically during the last decade, PC games have been of most useful media to influence the public opinion and convince them about the given objectives of dominant regime in general and United States of America in particular. In order to explain the functions of PC games in making a reality and shaping people’s minds (esp. teens and youth as the main target of these games), we apply Baudrillard’s the hyperreality theory in case of media representation of real world, Edward Said’s Orientalism discourse and our Supreme Leader’s thoughts in case of Islamophobia and Iranophobia. American game producers mainly are supported by US military and intelligence services including Pentagon; thus by symbolizing they try to simulate and even manipulate the real world and then apply their policies in case of Islamophobia and Iranophobia and provide their preferred image of international political issues. Here we analyzed the contents of some anti-Islam and anti-Iran games in order to disclose their hidden objectives. Results show that some Game producers aim to justify the aggressive actions of US in other countries and even in some cases prepare the situation and public acceptance for future wars conducted by US.

Religious Propagation and Effectiveness of Modern Marketing
By: Dr. Zohre Dehdashti Shahrokh & Mujtaba Ghasemi
Abstract:
This paper aims to explore the role of religious propagation in the effectiveness of modern marketing. Religious missioners as the senders of religious messages and the initiators of information process, by being aware of principles and techniques mentioned in this paper, can improve the effectiveness of their propagation task.
The new aspect of this paper is to apply the marketing principles and strategies in religious organizations. A common mistake confines the marketing merely into the commercial organizations; this believes that organizations having problems in case of selling their products would use marketing techniques. Here we argue that marketing principles and strategies can be extended and be applied in religious organizations, too. Applying marketing strategies, religious missioners would communicate with their audiences more easily. The important point is that religious practitioners and missioners should recognize their audiences and chose and design the appropriate message and media so that to ensure the effectiveness of their messages.

Study of the Relationship between Utilizing the Mass Media and Religiosity among Yazd Citizens
By: Dr. Masoud Hajizade Meymandi
Abstract:
Today, the dominance of political and economical domains is transferred into cultural domains. Culture of industrial societies which is based on mass media aims to undermine the public beliefs particularly in developing countries; this is known as cultural invasion. This paper examines the relationship between the extent of using mass media and religiosity of Yazd citizens, applying a survey method and questionnaire technique. Our sample consists of 400 above 15 citizens who were chosen by cluster and systematic random method. The results show that %91/3 of participants enjoy high level of religiosity while mass media usage of participants was at average level (%54/5 of them). the test shows that there is direct and positive relation between using national mass media and religiosity and there is a reverse relation between using international mass media and religiosity. Considering this fact that the relationship between these two variables is a correlation one, we may not conclude a cause and effect relation and identify the national mass media usage as a factor for increasing the religiosity.